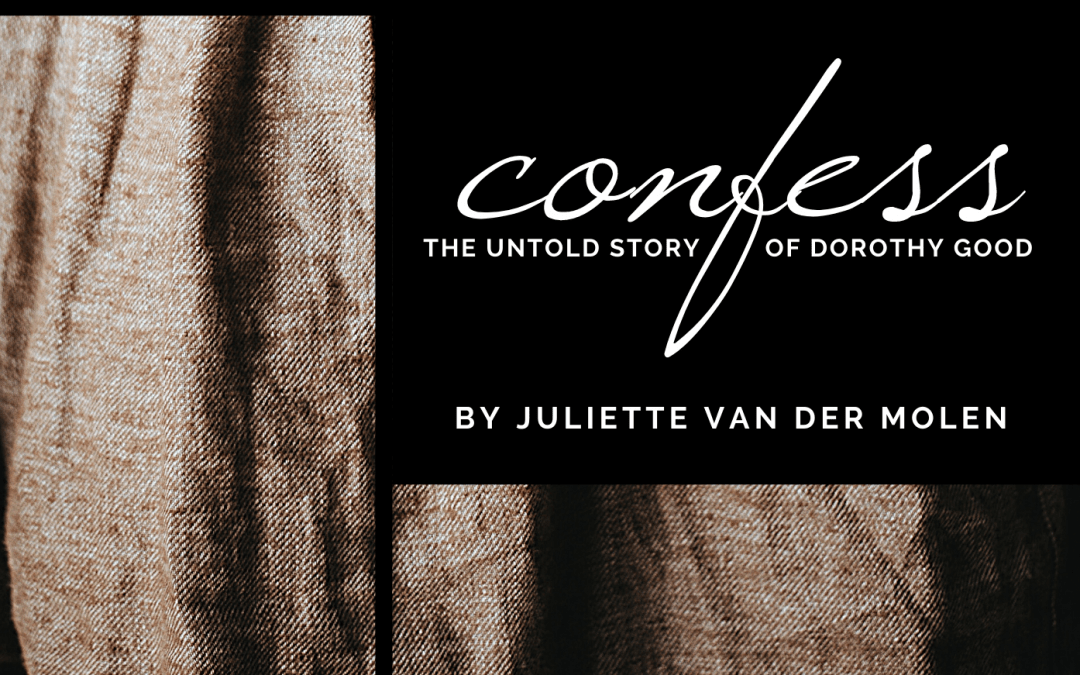 In this bonus episode of Dear World, Love History, we are joined by the word sorceress (read: author) Juliette van der Molen to discuss her recently published poetry collection Confess: the untold story of Dorothy Good.

Juliette van der Molen is an ex-pat poet living in Wales. She is an intersectional feminist and member of the LGBTQ+ community. Her work has appeared in The Wellington Street Review, Nightingale & Sparrow, Burning House Press and several other publications. Her poetry has been nominated for the Pushcart Prize and Best of The Net.

Juliette is also the Poetry Editor for Mookychick Magazine. She is a spoken word performer and has had the honour of appearing in several venues in the United States and the United Kingdom.

1692 Salem, Massachusetts – Based on the life of Dorothy Good, the youngest person accused of and imprisoned for witchcraft during the Salem Witch Trials, Confess tells the story of the trauma surrounding this nearly forgotten child from one of the darkest chapters in early American history.

A colony is plunged into turmoil filled with misunderstandings, fear, intolerance, religious fervor, and an egregious abuse of power. Over the course of the year, more than two hundred people are accused of witchcraft and thirty are found guilty. Nineteen will be sentenced to death.

Four-year-old Dorothy and her mother, Sarah Good, are arrested for witchcraft.

This is Dorothy’s story…

Click here to read what others have been saying!

Available for Purchase From

Amazon
Available in the US, UK, & AU

Other Books by Juliette

Anatomy of A Dress

The above titles are available for purchase through Juliette’s website.